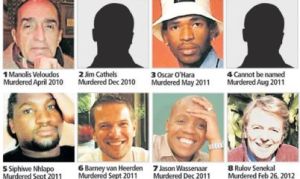 South Africa, known for gold, diamonds, apartheid and Nelson Mandela; is popular in the gay community for many reasons. First, it’s the only country in Africa where GLBT are protected by the law and allowed to marry, with all the well-known tax and other benefits that comes with it. It’s also given us some fabulous porn stars such as Kurt Rogers and Jason Kingsley (yes, the link is SFW). On the other hand, it has become infamous for its high frequency of violence against lesbians and now, the violent murder of gay men. South Africa is actually the country with the second highest number of serial killers (after the United States) according to South African profiler M. Pistorius. The information available on these crimes suggest that they are the work of a serial killer and even more worrying is that the police do not seem any closer to catching him after three years and the killing spree shows no signs of abating.  END_OF_DOCUMENT_TOKEN_TO_BE_REPLACED

A Birthday He Will Never Forget

Twenty-three year-old Lunga Voko was beaten with fists, bricks, an iron rod, and had a part of his ear shot off by a group of men all because he was gay. This occurred in Cape Town, South Africa, an African country noted for being one of the only ones in which being gay is legal. This terrible attack occurred on 31st March which was Easter Sunday. Coincidentally this was also his birthday. END_OF_DOCUMENT_TOKEN_TO_BE_REPLACED 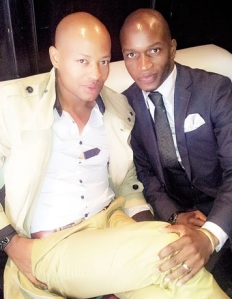 Ricardo Amunjera, the current Mr Gay Namibia wed his Motswana boyfriend Marc Themba last week. The couple met last year via Facebook and embarked on a long-distance relationship during which they communicated via Skype and telephone till they eventually met when Ricardo made a trip to Botswana. Since same-sex unions are not legal in the countries of both partners (Nambia and Botswana), they traveled to Johannesburg, South Africa and had a simple civil union. They however plan to have a reception this weekend which will coincide with Ricardo’s 30th birthday. After the wedding, the stunning couple will live in Namibia.

I wish them the very best in their new life together.

Two gentlemen got married this weekend in the KwaZulu-Natal province of South Africa. What made this particular ceremony so beautiful was that it was a traditional wedding, celebrated with family and friends. South Africa remains one of the few countries in Africa where it’s legal to be gay and to marry your significant other of any sex.

For me as a West African, to have a gay traditional wedding with the full support of your family, particularly your extended family is the zenith of acceptance and no document obtained from a court will ever equal this. Unfortunately, legal acceptance is the only form that seems likely and this may not occur any time soon.

One of the grooms said:“We see no reason to hide in darkness as if there is something to be ashamed about. Our marriage is largely symbolic and a sign that black gay men can commit and build family through a happy and loving marriage.”

I wish them joy, peace and prosperity in their life together and I hope this wedding is a harbinger of the kind of total acceptance the future holds for our continent. 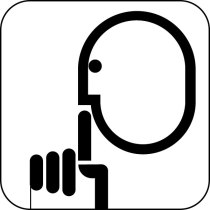 On the heels of the terrible, terrible rape, mutilation and murder of 17 year-old Anene Booysen comes another tale of gang rape in South Africa, this time involving a 33 year-old man who was allegedly raped in Kroondal in the North West Province by six men who drugged him and put a plastic bag around his head before violating him. This attack happened while the victim was walking to work. Currently no names have been released and no arrests have been made. END_OF_DOCUMENT_TOKEN_TO_BE_REPLACED

Sometimes Hell on Earth Costs Less Than A Box of Condoms

Free Gender, an LGBT rights group in Cape Town, South Africa organised a march this past weekend demanding justice for lesbian soccer-player Millicent Gaika who was brutally raped and tortured during a horrifying five-hour period of extreme agony and pain – this, in one of the only countries in Africa in which being gay is legal. END_OF_DOCUMENT_TOKEN_TO_BE_REPLACED

Posted by D.C. on February 4, 2013 in Politik, The Business of Living, Uncategorized

Murder In A Small Town 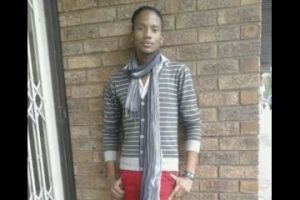 Thapelo Makutle, a young South African who recently won the Miss Gay Kuruman pageant, was killed in apparent hate crime a week ago. While there is no clear motive yet and apparently no leads, the gruesome nature of the crime makes a hate crime seem likely. END_OF_DOCUMENT_TOKEN_TO_BE_REPLACED