When The Word “NO” Means Freedom 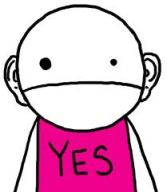 Recently at work, someone described me as a “people-pleaser”. Instead of becoming defensive like my coworker expected, I laughed. The truth is that I was a “yes man” and to some extent, I still am. The episode reminded reminded of some advice an old friend gave me which was that if she could teach me to learn (and live by) one word alone, it would be “NO“. I constantly found myself trying to satisfy everyone’s needs but my own, constantly putting others above myself, convinced that to put my own desires first was to be selfish. I now know that  I became this person because I wanted people to like me and value me for I did not value myself.  I pretended to be “happy to help” when all I wanted to do was toss some very nasty phrases at the people who made annoying requests especially the ones who knew that they really were asking too much. END_OF_DOCUMENT_TOKEN_TO_BE_REPLACED

The Pope Resigns: Didn’t See This One Coming

Pope Benedict XVI has decided to step down from the highest office in the Vatican come February 28th. This is the first time in nearly six hundred years that a pope has resigned (the last was Pope Gregory XII who did so in 1415 in order to end the Western Schism). According to a Vatican statement, he reached this (very unexpected) decision due to progressive deterioration of his health saying  “after having repeatedly examined my conscience before God, I have come to the certainty that my strengths, due to an advanced age, are no longer suited to an adequate exercise of the Petrine ministry”. Considering the very condemning words he has used on LGBTIQ and his involvement in covering up the shameful incidences of sexual abuse in the Catholic church, I will take the high road and wish him good health. I will however leave you with a picture I received from a friend which made me titter uncontrollably for a good minute.

Read more about his resignation on CBC News.

Good Things Happen When We Least Expect Them To!

A former presidential candidate for an independent party, Mr Kwesi Amoafo-Yeboah, has come out publicly to say he supports gay rights and would support any groups advancing the agenda that gay people should be free to live as the choose. He called homosexuality  “a ‘victim-less’ crime” since  “it is between consenting adults in the privacy of their bedrooms” adding “let’s focus our energies on stuff that really hurt people.” He also said that “we are all God’s children and we all deserve to be loved. I will disagree with any religious leader or indeed anybody who says that homosexuals deserve to be cast out of society”. END_OF_DOCUMENT_TOKEN_TO_BE_REPLACED

Off With Her Head!

I have to say that President Mahama is making some very fascinating changes in his new government. The most controversial decision to come out of Jubilee House lately so far is one of the new ministerial nominees – Mrs. Nana Oye Lithur. She a human human rights activist and lawyer who is well-known and respected by the gay community for her LGBT work and once said “Not even the President of Ghana can deny anybody his or her human rights, irrespective of the person’s sexual orientation, ethnic group, gender and what have you. These are guaranteed in our constitution and everybody in Ghana has an obligation to respect that constitution.” This was after the previous President (Mills) had said he would never support any move aimed towards legalizing homosexuality. Not surprisingly there have been some criticisms of her nomination as the  Minister for Gender, Children and Social Protection. The most interesting (and dare I say disquieting) by far however, is a group calling themselves the Concerned Clergy Association which has said that she is ‘morally’ unfit for the position due to her gay rights work. END_OF_DOCUMENT_TOKEN_TO_BE_REPLACED

Twenty-Four Words That Changed My Life

“I am totally okay with being gay; my only issue is that I cannot live and express myself the way I would want to.”

Often times when I meet new people, particularly other Africans, we discuss all sorts of issues relating to our common characteristic – being gay. Since it is mostly forbidden and outlawed, we share similar experiences with regards to our gay lives but it is the differences that I’m most interested in. One of the questions that invariably yields the same answer is: given the choice of being gay or not, would you choose to be gay?

END_OF_DOCUMENT_TOKEN_TO_BE_REPLACED

What I Learned From The Elephant Man

I recently came across this strong poem when by chance I read the story of the elephant man that I thought I’d share. He overcame so many odds to live the kind of life that he lived and he is an inspiration to anyone who has ever felt like they were lacking or deformed or otherwise inferior. END_OF_DOCUMENT_TOKEN_TO_BE_REPLACED

What is it with African leaders and homosexuality? Whatever goes on between two adults in private really shouldn’t be anyone’s business. I mean, I’m yet to see any men getting sent to jail for “sodomizing” some girl WITH her consent.  Even the notion that it is un-African is ridiculous.I guess focusing on homosexuality takes away the attention from the corruption and rising unemployment rates in some places. However no one is asking for the right to get married or anything of that sort (just yet!) just the right (not privilege but RIGHT) to express desires and live without fear of being arrested or bashed for being themselves.  Live and let live already!