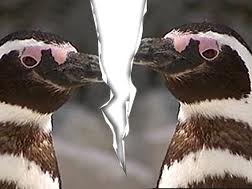 I remember the last time I saw him: he had spent a few days at my place and was leaving. While we held each other for a few minutes. I looked across the room into the mirror, looked at the both us and felt at peace. I keep wondering why everything had to turn sour. One of the things I didn’t envision was how much  the changes in my life would affect me after becoming single again. Even though we didn’t really live together and it was a bit strained at the end, I find that I miss the little things: having someone to talk to at the end of the day, someone who is in your corner all the time yet can tell you the truth when you’re messing up. Or even just waking up to see a message from him and knowing that no matter how bad your day is, he’ll be there at the end of it. I’m so used to talking to him everyday that I feel a bit lost. My friends tell me I need to go out and have fun and by fun they mean sex, but I’m not even interested in getting down. I want to close my eyes and wake up without feelings of failure and doubt, among others.

He asked me the day after we broke up why I “threw him away” if I did indeed feel as strongly as I claimed to, why I didn’t want to work on us. After I thought about it – the idea of working through our problems via phone calls and text, as well as the actual problems themselves – I realised that I had made the right choice. I tried to check up on him for a few days but after receiving one-word replies, I have decided to let him be. His birthday is a few days away and I’m not sure if it’s acceptable for me to call or text or just not say anything. I bought him a birthday present months ago but now I’m not sure if I should give it to him because I don’t know if he’d want anything from me at this point. I worry about him a lot, given his propensity for excess when he has problems and I hate that I’m contributing to them. On the other hand I’m seemed to have immersed myself in work which I guess is a good thing after all action is the enemy of thought. I want to talk about what I’m going through but I don’t want to be that guy who goes on and on about a breakup. It doesn’t help that I have gotten more calls than usual this week from family and friends wanting to set me up with another nice girl.

I think I need a break.

Posted by D.C. on August 4, 2013 in Love is a Battlefield, The Business of Living, Uncategorized 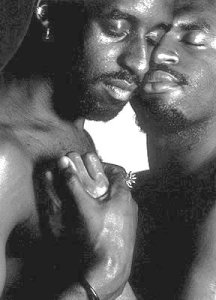 Major issue that I’m facing: to marry a woman or not to marry.

Very few guys consider the possibility of being in a stable relationship with another man. I always used to think that with me, it would be different. However after another failed relationship (this one crashed even before it  took off) I’m coming to the realization that men truly cannot compromise or allow another man to have their way. Even the most effeminate guy won’t tolerate crap from another man. On the other hand, women always try hard to make it work. Faced with the prospect of being alone,  I guess most men would choose to marry a women who will stick with them. Sometimes gay relationships are just too heart-breaking.

I just became single again even though I’m not even sure if what I had would be considered a ‘relationship’ at all. I really should have heeded the alarm bells that went off in my head when he suggested we leave it ‘undefined’ when we started hanging out but I didn’t.  Next time I will try to keep my mind in the driver’s seat.