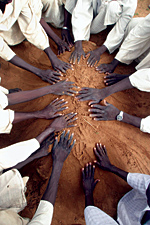 The violent Islamic sect Boko Haram marked three years (and some days) of escalating terror in Nigeria last weekend by attacking students of an agricultural university as they slept in their beds. These militants (who were allegedly called “freedom fighters” by a misguided European reporter a couple of years ago) entered into the student hostels during the night and began firing off shots into the darkness where the students slept. I am not a crying person but my body aches when I think of the number of young people who went to sleep and never saw morning, all for nothing. I cannot imagine the pain their families and friends must be going through. How anyone can justify the killing of young people is beyond me. The death toll stands at 40.

This was their second such attack in less than two weeks. In the beginning it seemed their targets were Christians and other representatives of “western” education, they have actually killed just as many Muslims and destroyed property irrespective of tribal, religious or other affiliation. In this last attack, every single student was Muslim. Several statesmen have been called out as being supporters of this group and although no conclusive evidence has so far been found, I don’t believe that they do not have support from some political elements. As the old, often-quoted saying goes there is no smoke without fire. Since the prison break in September 2010, over 700 people have been killed by the attacks and the government does not seem capable of tacking this issue, which at this point, the most critical problem facing northern Nigeria. Already people have begun moving south and into neighbouring Niger to escape the constant threat of death. Recent university graduates who are from other regions of Nigeria no longer want to take part in the Youth Corps program because of the fear of being sent to the north and dying in a bomb blast or other violent act and most graduates regularly seek re-deployment if sent there.

I hope the souls of these students and people killed by this sect find peace in the after life.

You Can Never Win The Sexual Numbers Game 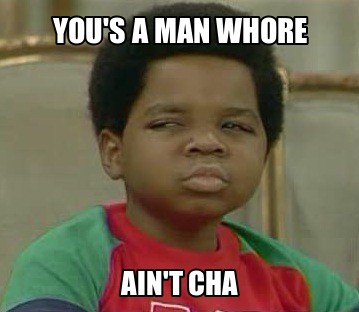 My ex and I started talking after his birthday. I made the first move – called him up, sent him a gift that he really liked (I know him that well) . Everything seemed to be going well. We would chat every couple of days about life, work etc. It was nice to talk without all the drama of being in a relationship and I saw some of the qualities that made me like him in the first place.Eventually he came into town and we met up for a chat which then turned into having hot coffee. To keep it short, I’d say the coffee was so good I could write a sonnet about it.

Anyway we talked about the things that went wrong, including the fact that we both cheated on each other (nothing new there). All of a sudden, he wanted to know just how many people I had slept with while we were together. I was taken aback by this, considering I didn’t think it was important and he had already showed an inability to deal with sexual numbers. After days of constantly harassing via phone and social media, I capitulated and told him. While it was by no means a huge amount, it was more than his and he went into a rage, called me all sorts of names, said he was very disappointed in me, that I had made him look stupid. After that he stopped responding to my messages and proceeded to put up posts on Facebook about getting out of horrible situations, or not knowing how bad someone is until you meet a better person. While I’m not saying that that I’m reason for the posts, I cannot find any other reason for this new theme. Ah well…

If I didn’t know then that I was making the right decision, I now know that I am. Conflicts are hard, life in general is hard and we shouldn’t quarrel or hold grudges if there is at all the possibility of settling things. I’ve not been a serious Christian in a while but one of the things that I hold dear settling things and not bearing grudges, regardless of whose fault the issue at hand is. At this point, I think we both messed up but if he feels I hurt him more, I see no reason not to say sorry. It doesn’t mean that I think the fault is all mine, I just think it’s the right thing to do. Occasionally I struggle with the feeling that my emotional responses are not deep enough and this time I feel that I’m not sorry enough for what I did even though I feel terrible about it (I’m not sure if this makes sense). Even after sending him messages and trying to call him, he has so far ignored me. I think it’s really over now. Though I feel a bit sad, I don’t feel a twinge of regret. As I’m moving to a different country for a while, we won’t have to see each other for some time so maybe it will be easier for both us to sort out our feelings.

But now I find myself taking a break from packing my things because I found something he gave me which I know I don’t need but I can’t seem to part with. I wish I could be completely over him right now and not have to freeze when I run into situations like this.

Posted by D.C. on September 29, 2013 in The Business of Living, Uncategorized

There Is Now No Condemnation..

I’d never heard of this guy until today. It’s long but worth the effort.

Twenty-Four Words That Changed My Life 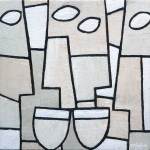 “I am totally okay with being gay; my only issue is that I cannot live and express myself the way I would want to.”

Often times when I meet new people, particularly other Africans, we discuss all sorts of issues relating to our common characteristic – being gay. Since it is mostly forbidden and outlawed, we share similar experiences with regards to our gay lives but it is the differences that I’m most interested in. One of the questions that invariably yields the same answer is: given the choice of being gay or not, would you choose to be gay?