Sodomy In The News: The Gay Medical Doctor And The 16 Year-Old Student

There’s a news story making its way through the Ghanaian media about a medical doctor who had sex with a senior high school student and infected him with HIV. The major legal issue is that they had sex when the boy in question was 15 and therefore under the age of consent. Currently homosexuality is one of the most controversial and sensational topics that one will find discussed in the media and by the public and usually the LGBTIQ people involved are usually young, flashy and feminine gay men who are bold enough to come forward and speak their mind. This is the first time in a long time someone considered a ‘respectable’ member of society has been involved in such a story.  END_OF_DOCUMENT_TOKEN_TO_BE_REPLACED

Fallout From A Gay Wedding 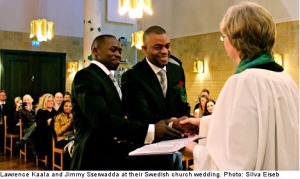 Lawrence Kaala and Jimmy Sserwadda, two Ugandan gentlemen got married last month in Sweden. They had been dating in Uganda until Sserwadda was outed then verbally and physically assaulted by government forces after which he sought asylum in Sweden. There he met up with his former lover Kaala who was in Sweden at the time, the two rekindled their relationship and the rest is history. They have been billed as the first Ugandan gay couple to be legally wed and have been making headlines worldwide. However Sserwadda’s mother has been verbally harassed by Ugandans who claim the two have brought “shame” on their people. Sserwadda also has a son in the university and he has been the victim of verbal assault from colleagues and other members of the community.  END_OF_DOCUMENT_TOKEN_TO_BE_REPLACED 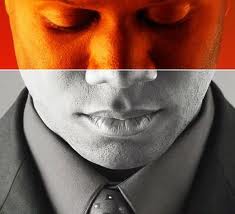 I had pretty interesting post-sex conversation with a middle-aged  father of four about the benefits and disadvantages of being a closeted gay man. END_OF_DOCUMENT_TOKEN_TO_BE_REPLACED

Major issue that I’m facing: to marry a woman or not to marry.

Very few guys consider the possibility of being in a stable relationship with another man. I always used to think that with me, it would be different. However after another failed relationship (this one crashed even before it  took off) I’m coming to the realization that men truly cannot compromise or allow another man to have their way. Even the most effeminate guy won’t tolerate crap from another man. On the other hand, women always try hard to make it work. Faced with the prospect of being alone,  I guess most men would choose to marry a women who will stick with them. Sometimes gay relationships are just too heart-breaking.

I just became single again even though I’m not even sure if what I had would be considered a ‘relationship’ at all. I really should have heeded the alarm bells that went off in my head when he suggested we leave it ‘undefined’ when we started hanging out but I didn’t.  Next time I will try to keep my mind in the driver’s seat.