I spent sometime in DC recently and had quite a bit of fun. My friends took me to the clubs which were nothing short of phenomenal, filled with 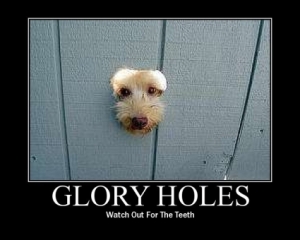 some of the most beautiful men I’d ever seen. And the gogo dancers! They were packing some of the biggest meat I’d ever seen up close. My mind kept screaming “they are naked men in the club!” as my eyes bulged at the never. I tried to chat up a couple of good-looking men but was shot down every time. I decided to concentrate on having a good time with the friends I came with.  To complete my DC experience, one of the guys took me to an old, nondescript building with a big parking lot which was so full that we eventually had to  park on the street after going round a few times and fighting for spots with a couple of other cars. I kept wondering what exactly was going on inside and making the place so busy. I repeatedly questioned my friend but all he gave me was a very secretive smile and three words: just be patient. When we finally got in (after standing in line for fifteen minutes mind you), I found myself in a seedy house filled with small dark rooms, winding corridors and glory holes. What really surprised me was that the building was filled with the guys I’d seen in the club who had acted like they weren’t interested in talking to anyone. Now they were all smiles and touchy-feely, patrolling this joint like police men on red alert. I’m not sure why this bothered me so much. It’s almost like these guys felt too proud/ashamed/insecure to talk to themselves in public (public here meaning gay bar) but would go to such dark places where  they could have sex without knowing/caring who they were having it with and forget about it tomorrow along with the fact that they may not have used condoms. I kept wondering why such places exist, after all being gay is legal already. What is it that is so attractive about mindless hookups? Was HIV eradicated while I was sleeping? Am I really that vanilla that I don’t get it? Is being gay still a problem for gay black men in the US? Why would anyone choose this over something more meaningful? Even with all the problems I have had with my relationship, I would still choose it over this.

Different strokes for different people. Then again, what do I know, I’m not African-American and I don’t know the struggles they face. I’m glad I had this experience though.