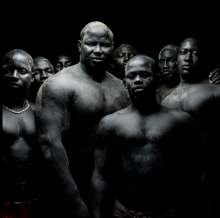 One of the issues that has come up during talks with my psychologist is my hidden desires. We agreed that it was time I explored some of them. As I found myself caught in a wrestler’s sleeper hold a few days later, feeling dizzy but tapping away frantically on the floor, I doubted this was what either of us had in mind. END_OF_DOCUMENT_TOKEN_TO_BE_REPLACED

A Bathroom Experience To Remember

Back in the university, showering was an activity I dreaded since the bathroom was communal and I was embarrassed about being naked in front of other guys particularly as I wasn’t stacked or hung. You would think these things don’t matter in a straight bathroom but picture two rows of showers opposite each other without curtains and guys commenting loudly on how muscular the other guys were and how big they were down there. END_OF_DOCUMENT_TOKEN_TO_BE_REPLACED

An Unnecessary Misadventure Courtesy of Carelessness 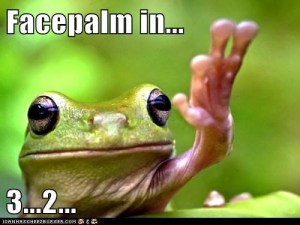 I was hanging out with an older cousin recently when she asked to see my phone. I don’t know if I had momentarily forgotten the kind of information I keep on that device or if I was subconsciously trying to out myself. To cut a short story even shorter, I gave the phone to her then spent the next five minutes holding my breath while feigning nonchalance though my eyes were involuntarily drawn to the screen as she scrolled through my applications list and past the popular gay chat apps – Grindr etc. END_OF_DOCUMENT_TOKEN_TO_BE_REPLACED

I got nominated twice for the Liebster blog awards by Gay Dinosaur Tales and A Guy Without Boxers, two blogs with great content I started following recently. The Liebster Blog Award was created as a way of making readers aware of blogs that they should check out. I for one think it’s a good idea because unless you constantly check on the categories of your choice 24/7, you will definitely miss out on some of the good stuff that is out there. END_OF_DOCUMENT_TOKEN_TO_BE_REPLACED

For all the negative comments and homophobia from heterosexual people, they seem to be keenly interested in what gay men and women do in the privacy of their bedrooms. I got to see this Buzzfeed post through a friend and though a lot of the pictures are funny, some of them are quite rude and it’s interesting that many of these questions are similar to the ideas people have here about gay people; only instead of questions, people make sweeping, baseless and inane comments on a topic they haven’t even bothered to even Google, to say nothing of actual research. The one about straight man hitting on a lesbian in a bar is on point on a personal level: my gay friend and his straight friend got kicked out of a gay bar because the idiot kept hitting on all the women there since he believed he could “convert” any lesbian there with his anointed “staff” boosted by confidence-inducing power of cheap beer. While I understand that people are just interested in learning more about stuff they don’t know about, it helps to display a little tact and common sense with making queries which goes a long way towards making one seem like a genuine person as opposed to a moron.

^^^^^Of all the pictures, this one made me laugh like a hyena on acid.

Read the rest here: 20 Things Lesbians Are Tired of Hearing 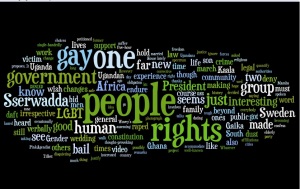 I came across Wordle via The Dad Poet (thank you!) and it’s a web-based application reminiscent of the Tag Cloud that creates an image of the words from a webpage or feed with the most common words appearing in a larger font. It’s very simple and straightforward to use. You can then pick a format that best fits your personality or mood or whatever – apparently this is the most annoying word of 2012 and I totally agree! It generated an image in two seconds but it took 43 minutes before I finally selected an image out of a roll of randomly-generated font and color combinations – was unusually finicky today (I’m suffering from a very primal deficiency). Though I used the three most recent posts, I’m quite surprised (in a good way mind you) at the words that appear the most. I’m trying to feed my entire blog into Wordle but haven’t quite figured out how to do that yet. Try and it see what comes out.