How To Break Up With The Love of Your Life 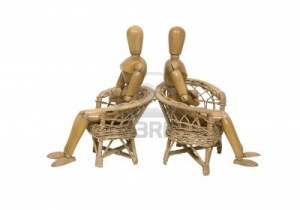 Recently a friend sent me the following children’s tale about the pig and the scorpion:

The scorpion said, “pig let me ride your back across the pond!”

Pig: “No! You will sting me and we will both drown and die.”

Scorpion: ” Now why would I do that, it makes no sense?”

As they reached the middle of the pond the scorpion stings the pig and they begin to drown.

Pig: “Why did you do that? Now we are both going to die!”

Scorpion: “It’s in my nature!”

(How come many so-called children’s stories have such dark themes?)

When I was much younger, a friend told me she strongly believed that if everyone in the whole world died and I was the last living person, it wouldn’t bother me in the least. It was not a compliment. This assessment of my personality came out of nowhere and it still bothers me that someone could think me that unfeeling.  I’m beginning to wonder if it’s really in my nature to be so difficult in interpersonal relationships and whether I am destined to be alone. I recently broke up with my boyfriend of almost two years and these past couple of weeks have been difficult.

We met through work and after many conversations, we both realized  that we were gay AND had been crushing on each other for awhile. We kept talking and getting to know one another and didn’t jump into bed at once. When we did though, it was out of this world. I still remember exactly when I realised that I whipped: I had reached his place after work to find him watching TV on his bed. When I quickly joined him and we held each other, I felt like I was home. I had never felt this with anyone, man or woman, ever. Typically I’m the kind that rolls over once the deed is done or if there’s still time, dresses up and goes home. This was something I hadn’t expected to happen since outwardly we seemed so incompatible.

However the problems started: a lack of trust that I couldn’t get around – something carried over from his last relationship and made not helped in the least by my constant ‘coolness’. He said he could never be sure if I felt as strongly about him as he did about me, and kept on questioning my feelings. I tried hard to show him, especially after he moved out of town after getting a promotion. I consciously made a greater effort, even to the point of pissing off my friends but it never seemed enough. He still kept complaining that I often seemed aloof and detached and he felt he couldn’t reach me. That although he knew how I felt and though I showed it to him, sometimes he wasn’t sure. I don’t know if it was the INTJ thing and my apparent lack of good communication skills or something else entirely. This made me very sad because the last time I was in a relationship (a long time ago and with a woman) these were exact same complaints. He also began to show a horrid, hair-trigger temper which could go off without warning and sometimes I felt  I had to watch my words carefully or walk on eggshells so as not to set him off. In all this the distance did not help much.

He couldn’t understand that I had responsibilities, such as to my family and even friends and wanted to be front, row and centre all the time. Sometimes I felt he wanted a doting wife and not a boyfriend. A weekend that I went home to visit my folks led to a huge argument and him asking for us to call it quits. I decided that if he did that three times I would break it off. At the end of our relationship, he had asked five times already. At the height of our problems I talked to a friend who told me to make a list of things that were good and bad about the relationship and compare them. I refused to make that list, not even in my mind, because I already knew the answer.

Sometimes I wonder if I kept at it because I didn’t want to be a failure at love also. I felt that if I let him go, I’d never find anyone like him and I’d be alone for the rest of my life – melodramatic I know. It’s not easy to find someone who wants to build a life in this climate and the odds of finding another such man are not good to put it mildly. Also we were moving apart professionally, physically and emotionally and I couldn’t find any way we could be together without major sacrifices that both of us were not ready to make. 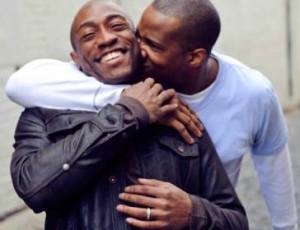 One of those much-repeated lines that I love to hate is: “If you love somebody, let them go, for if they return, they were always yours, if they don’t, they never were.” In my case, it’s not about wanting them to return, it’s about knowing you are not good for each other and that they are better served being with someone who will give them what they need and desire. I don’t think I was that person for him. Love shouldn’t make two people unhappy all the time. I just don’t understand why I still see his face when I close my eyes or why I can’t stop thinking about how looking into his eyes made me feel at peace. After all is said and done, I really hope I made the right decision. I wish him peace and success in all that he does, and that he meets someone who will be good and kind to him, someone who will love him more than I ever did. All in all, these past two years have been a learning experience for me. I don’t know if it’s possible to learn how to show someone I’m so crazy him that he never has to doubt it but I am definitely going to try.

On the other hand, it’s seems About.com really has an answer to everything, including how to get over a gay break up. Someone please hand me some tissue.